One thing that really frustrates realtors, is that when they ask their client what kind of house they are looking for, they don’t know how to pinpoint exactly what style it is that they want. They have hundreds of ideas in their head of homes they’ve seen that they like. But they don’t know the actual names for the style of house. In order to be able to explain to your agent what you’re looking for, it would be very helpful to he or she to be able to name the style that you are going for in a new home.

Cape cod homes are always a one story cottage. They have ample attic space, and the window placements on the exterior of the house are always very symmetrical. They have paneled front doors with dormers. This style cottage is similar to the Colonial Revival style which was popular throughout the 20s to the 40s. The homes were always shingled, and they are either made of stucco or brick. 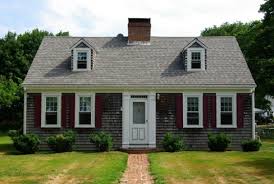 Neoclassical homes have porches with giant columns which are either Corinthian or Composite. They also are closely related to Colonial Revival homes. Neoclassical homes came about when Roman and Greek architecture became popular again.

Tudor Revival homes have steep gable roofs with casement windows; sometimes the panes are diamond shaped. The bay windows are usually partially hexagonal, and the walls of this style home are always stone or stucco.

French Revival homes have steep roofs as well. They also have flared eaves, and brick on the exterior (though sometimes stucco or stone). Soldiers in France during the first World War saw many homes of this style in France. This style was actually one of the most notorious in the 1920s. 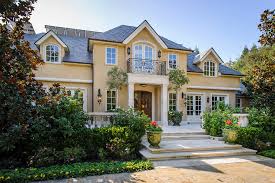 Spanish Colonial Revival homes have very low red-tile roofs, arched windows, and an overall asymmetrical look to them. The exterior is always made of stucco. The style was very popular after World War I, and you can find many homes of this style in the Northeast and Midwest.

Craftsman homes also have low pitched roofs, but they also have bracketed overhangs. A noted feature of this style home are their exposed rafters. The windows and doors are always very long panes, which are vertical. This style actually came from Frank Lloyd Wright’s work at the end of the 20th century.

Modernistic homes have very flat roofs, stucco exteriors, curved or geometric walls, and many glass windows. These homes came out of the Art Deco style. 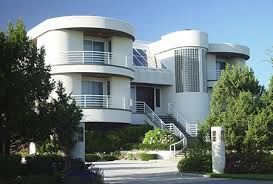 2 thoughts on “To Be Able To Communicate Properly With Your Real Estate Agent When Buying a House, Here Are Some Styles Of Houses That You’ll Need To Know In Order To Explain What You Are Looking For”

Get A FAST CASH OFFER